I've just changed the licence my blogs are published under.  Everything that's published in most of the world is automatically covered by copyright and by default the author has all rights to their words (or images) and also by default nobody else has the right to republish the work. Some people choose to allow others to republish their works with or without modifications and there are a number of licences that give these permissions, they are all based in and depend on copyright law.

If you are going to use a free licence you need to carefully choose one that allows your work to be used in the way that you are happy with while blocking uses you consider inappropriate. "Carefully" both to give effect to your wishes and because all the free licences I'm aware of are perpetual and once you've licenced someone to use your work they can continue using it under that licence for the life of the copyright.

Well, anything that's even a bit conductive that is.

This is a seriously cool gadget, Arduino based and developed at M.I.T., MaKey MaKey connects via USB to a computer and lets you build touch pads or keyboards out of bananas, modelling clay and even people.
Like the conductive "Squishy Circuits" from a couple of years back this looks like a great way to interest young minds in electronics.

At the time of writing there are more applications on the KickStarter page than the others but I guess that will change over time.


"More than 100 New Zealand "video bloggers" have so far joined YouTube's Partner Programme, which was first offered to producers of popular content and has been extended to everyone in the 20 countries where it's available."

"Big Music" may have put Kim Dotcom out of business for offering unsigned musicians a platform to promote their talents, but Google is a lot bigger and less touchable than he was. Are services like this the beginning of the end for "Big music" or will Google simply add "Big Content" to it's existing "Big Data" role?

"The hand of Vengeance found the bed
To which the Purple Tyrant fled;
The iron hand crush'd the Tyrant's head
And became a Tyrant in his stead." 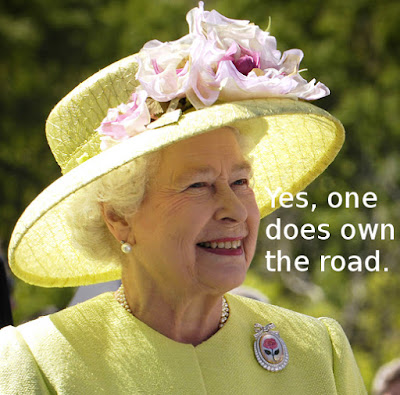 I feel this should be her bumper sticker, but then I would love to see a Rolls Royce with a bumper sticker saying "My other car's a Lada" so who am I to say?

The story behind the picture: A couple of weeks thought, an image originally from NASA (in the public domain), 2 minutes adding a caption and cropping with The Gimp.

A little over four years back I was thinking about using affiliate links on my websites and discovered it wasn't very easy to find suitable affiliate programmes (affiliate programs?) for the New Zealand webmaster.

Being me, I decided to start an affiliate directory instead and list the ones I could find that were prepared to be open about their programmes and paid in NZ$ or at least in some form that was easy to cash over here. After a few months I had a second unhappy go at finding sites and reported my not very happy experiences on one of my other blogs ¿Que? - Biting The Hand:


"Over the last few days it feels like I've looked at close to 1,000 affiliate scheme sign-up pages, probably only half that in reality. From these I've extracted 50 that I've added to the directory and another 20 where I've queried the scheme owner"

Since then I've added very few new entries to the directory and  just purged ones where the site went away. The directory has been a bit of an open wound that I didn't want to touch.

Last night I decided it was past time to refresh the directory. I purged out all but one of the schemes that still hadn't replied to my 2008 query (I re-queried the other one) and went looking for more. Things have changed a lot in the last 42 months and I was pleasantly surprised. I just searched Google for "affiliate", New Zealand sites only and started following links. Out of the first 60 links I've added 19 sites. OK, 10 of those I queried for some information, but usually just 1 or 2 minor points. Of the others, some were programmes I already listed, some were blog entries about affiliate programs, some were duplicates (Google listing multiple pages from the same site on different pages), a couple were me and only a very few were genuinly bad ones.

One thing I've noticed is that there are programme owners who are now offering 20% or greater commission, in one case 75%. Four years ago commissions under 10% were pretty common. Today I found a program that actually apologised for offering only 10% and explained that it was because they used live sales people to close the deal and human trainers to deliver the product. They neededn't have worried yet, 10% is still pretty mainstream for high value sales.

OK, Webmasters are now much better at creating and explaining realistic programmes on their sites, but how responsive are they? One person I queried late last night responded first thing this morning, despite it being a Saturday. He gave me all the answers I requested. It will be interesting to see how long the others take.

Are things perfect? Not yet. The fact that I had to query basic facts about payment and cookie retention from half the programmes that I felt worth listing means that they still aren't thinking it through properly.

Finally, one local business is offering a massive 0% commission ... it really makes me feel like promoting their products.

Hardly a day goes by when I don't receive at least one spam offering to improve my search engine rankings or offering bulk directory submissions, often several. If you own a website with a contact page you probably get a few too. Here's why you should never give them your business.

This was in my spam folder today, dummied up to look like it was from a major New Zealand bank 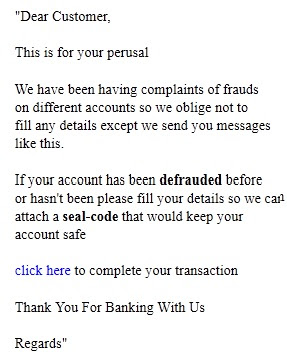 This wasn't pretending to be from my bank, but even if I did bank with the company that was being impersonated there is no way I would believe a message with such poor grammar would have been from them.

If, as we are constantly told, phishing is a profitable business, why can't they afford to have their pitches translated or at least proofread by someone who actually speaks English? I wonder if it is arrogance or stupidity?

Study shows just how complex cancer tumors can be

From "Not Exactly Rocket Science" by Ed Yong: "


Cancer isn’t a single disease, so we can dispense with the idea of a single “cure”. There are over 200 different types, each with their own individual quirks.


Even for a single type – say, breast cancer – there can be many different sub-types that demand different treatments. Even within a single subtype, one patient’s tumour can be very different from another’s. They could both have very different sets of mutated genes, which can affect their prognosis and which drugs they should take. Even in a single patient, a tumour can take on many guises. Cancer, after all, evolves. A tumour’s cells are not bound by the controls that keep the rest of our body in check. They grow and divide without restraint, picking up new genetic changes along the way. Just as animals and plants evolve new strategies to foil predators or produce more offspring, a tumour’s cells can evolve new ways of resisting drugs or growing even faster.


Now, we know that even a single tumour can be a hotbed of diversity."

Australia once rode to prosperity on the sheep's back, but nowadays children are so divorced from rural life many believe yoghurt grows on trees and 40 per cent of the Year 10s believed cotton came from an animal. NZ Herald
Posted by Julia Clement at 3/06/2012 01:08:00 pm No comments:

The list maintainer, Mark Foster, has reported that the virtual machine that normally runs AuckLUG and NZLUG mailing lists has suffered a misfortune.